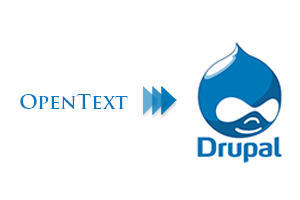 Migrating a website is a lot like moving your belongings from one house to another. You want to make sure the new house is ready to live in; you have to do a lot of planning and preparation, and you have to make sure the contents are all in one piece and in the right areas.

In the span of 10 months, Digital Services Georgia did this — 50 times.

By 2011, the state’s enterprise content management system, Vignette, was old and inflexible, and the latest attempt to upgrade to a more recent version of the product had failed. The system was installed on aging servers, and outages were becoming more frequent. Making new enhancements was impossible, and patching the existing problems was not an option; we had to make a change.

After careful analysis of the CMS landscape, we selected Drupal, an open source system, as the next generation platform for Digital Services Georgia and 50 other websites for state agencies and programs. Drupal, which powers such high-profile government websites such as the White House and the U.S. House of Representatives, was easy to use and flexible enough to meet our future needs.

We contracted with three leading Drupal vendors to help with the migration:

We oversaw the project, set requirements, performed final quality assurance testing, and communicated with agencies on the progress.

Each website had its own design; moving them as is would have been a logistical nightmare. So we worked with Phase 2 to come up with standardized themes from which the agencies could choose. The themes gave agencies some flexibility in creating their own brand while giving users a more common user experience. (Read Choosing the Right Theme web guide for more about our process.)

We moved the sites in batches of four to five. Phase 2 created corresponding Drupal sites for each website in Vignette, and set up the information architecture. Mediacurrent then ran some automated scripts that transferred the content from the database powering Vignette to the Drupal database.

Once the content migration was complete, we performed QA testing to make sure all the content moved over correctly and that it appeared as it did in the old site. We turned the sites over to the customers, who performed final acceptance testing, and then launched the sites by pointing each domain name from the old servers to the new ones. There was no downtime during the switch.

Each phase, or sprint, lasted about two weeks; during the sprint, we set expectations with the customers, communicated updates on the migration process, trained users, and addressed any issues or concerns.